The Importance of the Sacred Japamala

The japamala, or more commonly known as Mala, is a set of (usually) 108 beads strung through a closed looped string plus an extra larger bead representing the Source of Creation/God/Universal Power, oftentimes called the Guru Bead. The mala is popularly worn as a necklace or bracelet but is traditionally known to be used to help keep focus while reciting 108 divine mantras or names of deities. Used by spiritual devotees of various religions: Buddhism, Christianity, Hinduism, and Islam, it was described by the ancient rishis (yogi, sage, enlightened person) of India to be used as a practical means to stay on track of the number of mantras recited. Why 108?

The reasons for having 108 beads per mala are many and arguably debatable:

In addition to being used for ritualistic purposes, it is also considered a sacred tool of protection and/or healing for the wearer of the mala. It also is used for clarity, intuition, grounding, abundance, love, and for creating a calming effect. When the mala is made with beads of certain crystals, earth elements and/or gemstones like black obsidian or black tourmaline, labradorite, smokey quartz, lava rock among others, it has a protective property (against negative energies) for the person wearing the mala. Make sure to practice due diligence when selecting the type of materials/gemstones for your own personal japamala. For example, my mala is made with lapis lazuli and labradorite and was created specifically for me by an energy healer/intuitive for energetic protection. Therefore, the process of mala preparation was already performed by the time I received it by this healer. This ritual/ceremony/rite called Prana Pratistha transfers life force into the mala and needs only to be done once. If your mala has not been prepared and consecrated for your use, here’s something you can do in order to properly “activate” it:

1. Cleanse the Mala to be properly seeded

The first thing to do when you receive or make your mala is to cleanse it. You can use white sage smoke around it, set it in the moonlight for a night (full moon is best) or put it in sunlight. This is done to then be able to attune it to your own energies, as well as to imbed it with your own positive intentions.

While holding the mala between the palms in prayer position, recite seven (7) times, “Aum rutsira mani prawa Taya Hum,” which translates to, “Divine, come forth like a thunderbolt on the breath and purify” then gently blow air from your breath onto the mala.

Once your japamala is cleansed it is ready for your use. It is recommended, however, to initially chant your chosen mantra on each bead for 40 days and when you reach the large bead do not touch it. When you are ready to terminate your chanting session, hold this large guru bead to your third eye to receive a blessing from the Universe (Source/God/The Almighty). The mala is still effective upon first use, but it will be even more powerful after the consecutive 40 days. 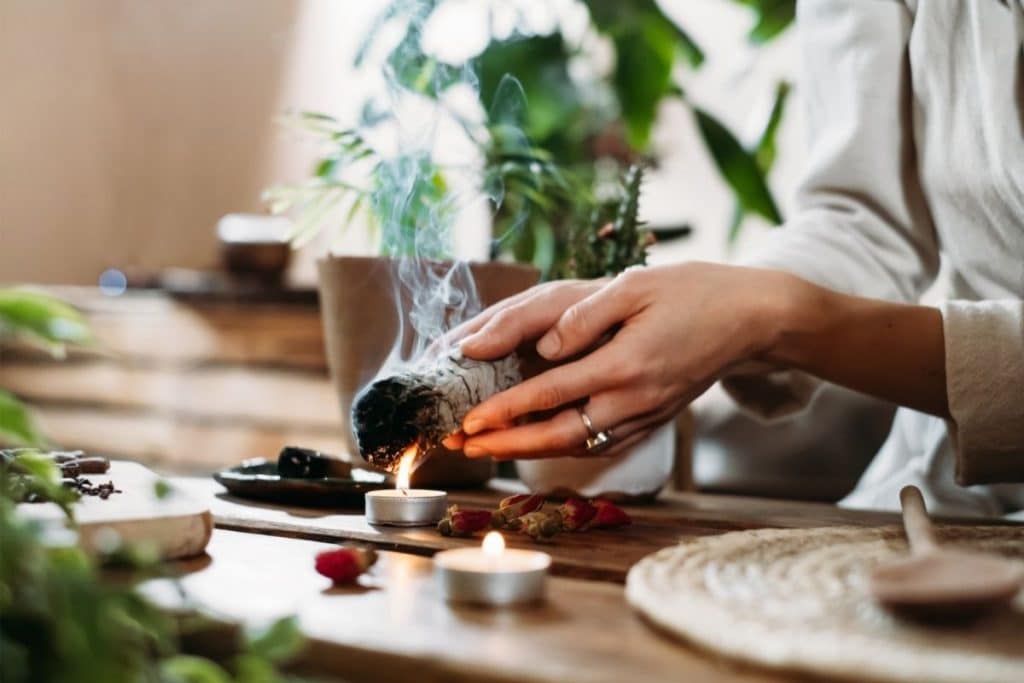 When using your mala for chanting mantras, hold it in your right hand. This side sends energy to Source. Begin by putting your thumb on the first bead, located just to the right of the guru bead and chant one full mantra per bead as you move your thumb to the next bead. One complete mantra round is complete when you reach the bead to the left of the guru bead. Always end your session with this mudra: putting your hands together as if praying with fingers down except leaving the ring fingers up. This final ritual allows you to speak silently from your heart and to express to the universe your needs and requests. 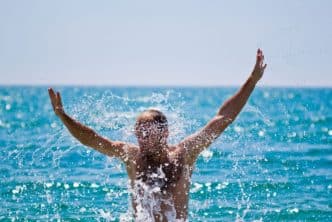 Effective and Simple Ways to Experience Joy in Your Life 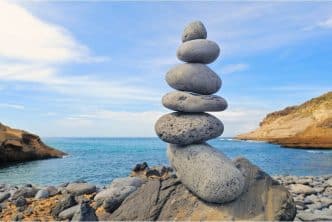 How & Why You Must Focus on Grounding Yourself 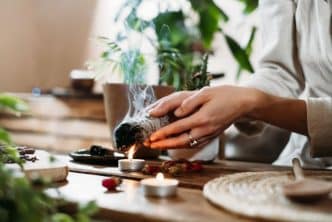 Ways to Keep Negative Energies from Clinging to You

5 Ways to Create Your Own Sacred Sanctuary